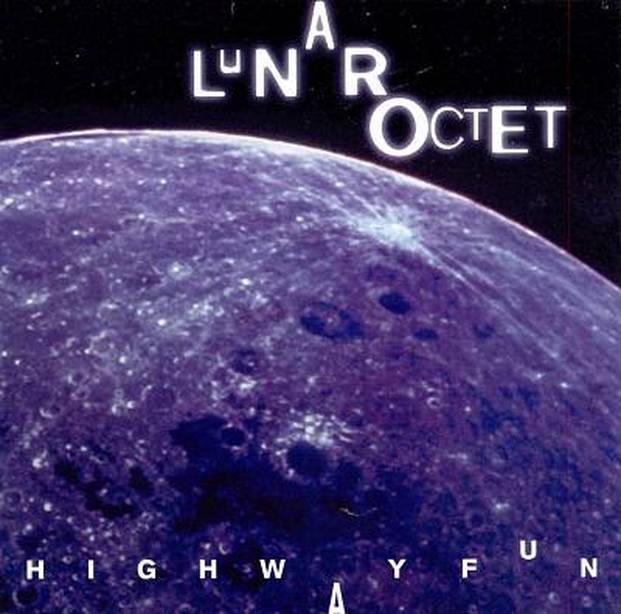 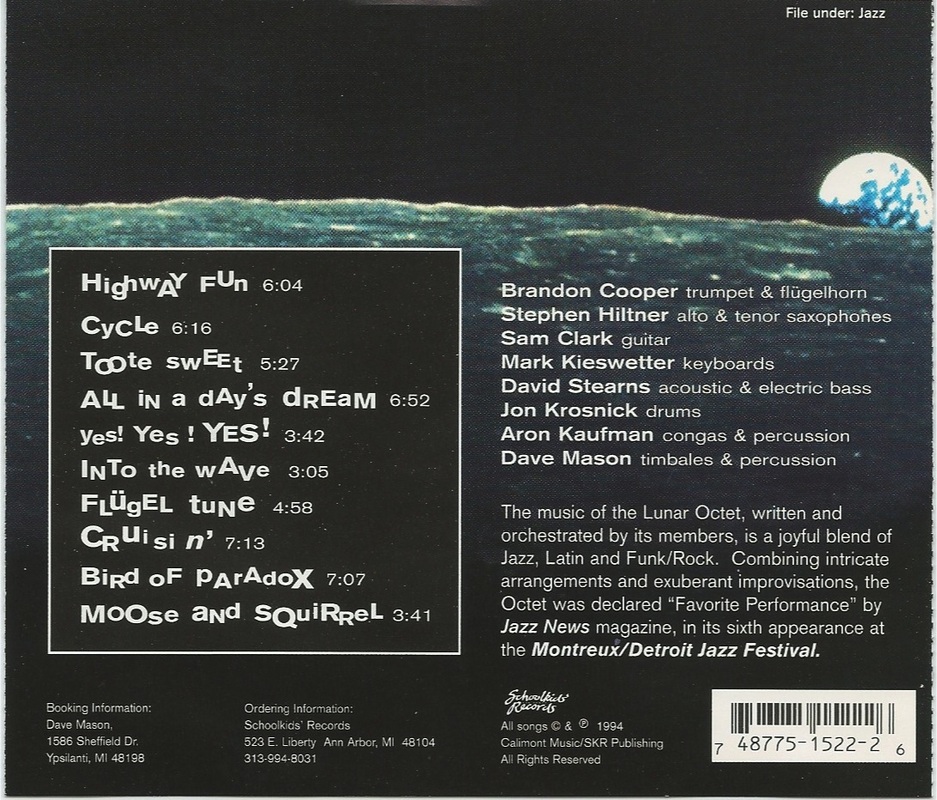 All Music Guide Review of Highway Fun
﻿Facing shifting personnel over ten years of gigging based in the Ann Arbor/Detroit metro area, this group finally gets their debut recording of backlogged original music out. It's an interesting jazz/funk/rock/latin mix, driven by the drumming of leader Jon Krosnick, percussionist Dave Mason and principal writer/saxophonist Steve Hiltner.


The group starts on the title track penned by Kaufman and former bassist Dan Ladin, with polyphony reminiscent of a traffic jam. Honking horns, screeching tires and zooming dragsters introduce a rocking R&B-ish horn chart, with a cool guitar solo from Clark. "Into the Wave," written by Mason, resembles the dramatic entrance of Zorro prior to a samba-swaddled swordfight scene, and Clark's "Moose & Squirrel" is a highlight, a fast, funky cartoon chase with the horns as Rocky and Clark's guitar as the doubting Bullwinkle.


Stearns wrote the poignant "Cycle," which shifts from a 5/4 ostinato with bass and electric keys to lilting 5/4 and 6/8 phrases buoyed by a potent flugelhorn solo from Cooper. The rest are Hiltner's babies. His "Bird of Paradox" pits different melodic sections tacked onto a clave bridge for trumpet and percussion solos, complex and skilled writing for sure. "Toot Suite" has Hiltner and Cooper in clarion mode informing a three-note jazz melody as a springboard for Cooper's growling solo, followed by a strong alto solo.


Hiltner's depth and vision as a writer are further demonstrated on tunes like the funk-lite/swing "Flugel Tune," the swinging, strongly melodic '50s post-boppish "Cruisin'," the punchy, popping horns of the quick, bright samba "Yes, Yes, Yes," and the spacy, miminalist "All in a Day's Dream." "Dream" features Kieswetter's haunting, electrified, angelic-sounding repeated chords as a foundation for Hiltner's cloud-hopping alto and Cooper's immediately following brass, leading to a brief 6/8, more Latin section and a fine extended solo from Stearns.


The Lunar Octet covers a lot of ground, not comprehensive in the jazz idiom, but they've got the modern music traditions of the past 40 years blanketed in a very enjoyable, universally acceptable fashion. Hopefully this is the tip of the iceberg, with more joyous music to follow.﻿